It is officially fall in Southern California, but the weather has not turned sour just yet. The end of summer also marks the end of DBaC’s fiscal year, and we are happy to report another strong 12 months for the company. We want to thank all of our clients for their support of our company and we look forward to continuing to provide excellent service, completing projects on time and under budget for years to come! This month we would like to showcase the completion of NK Max and say thank you to a man for his decades of contribution to our company.

We recently completed a new 24,000 sf building headquarters for NK MAX America in Santa Ana.  This project was guided by Senior Project Manager John Somers and Superintendent Dominique Ginyard.  Features of interest in this facility include new production clean rooms, laboratory space, and a full demo and remodel of the office space.  Exterior elements include a re-imaging of the building with new paint, metal paneling and front landscaping and hardscape.  The building will also soon have a backup generator system that is expected to be completed in early January. Thank you NK Max America for working so diligently with us to complete your project! 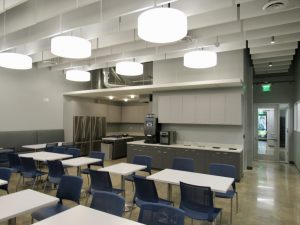 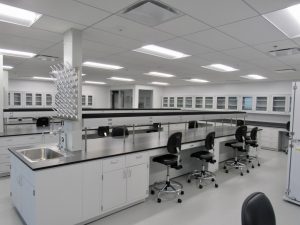 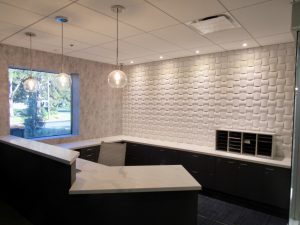 It is with great sadness that we announce the passing of one of our own. After a truly inspirational 2-year fight with Lung Cancer, Drew Forbes passed away on September 26th.  Drew’s infectious personality and high energy for life left a huge footprint into the character of DBAC in his 22 years of dedicated work. The following is a letter from his life long friend and coworker, Paul Cernich.

“It is with a heavy heart and hand that I write this letter. Last week we lost our coworker and friend, Drew Forbes. He gave it his all, but in the end his body, mind and soul said ‘enough of this life, let’s start another!’

“I had the pleasure of knowing Drew most of my entire life. We grew up together in a small community in Laguna Beach. Life was simple back then: eat, sleep, beach. Not a worry at all. He went on his own journey during his 20’s and 30’s. It was in his 40s that we reconnected. John Curci put out a message during a meeting that we were getting busy and we need more help. It was that statement that motivated me to contact Drew. He was working with a small contracting company, looking for another offer. I reached out to Drew and set him up to meet John. The interview went well and he became an employee of DBAC.

“Fast forward… 20 years of employment with an outstanding track record. As with most DBAC employees, he became family. It is the trust that John has with all of us that makes our company solid. Simply put, no B.S.; get your work done, have fun, continue on. Drew’s unique style fit in perfectly. He told everyone, no matter who, how he felt and what he thought, no B.S. He never, ever surprised anyone.

“When he was diagnosed with cancer he suspended his employment to fight the battle. He fought long and hard. He sought alternative medicines and practices that slowed his illness. His life was extended a few more years. He took up Stand Up Paddling, Pilates, reading, and long walks around Laguna Beach. Everything was fine until this summer. Drew and I lost four other friends from the same community. Drew came down with an illness that forced him to Hoag Hospital. It was there that he took his last breath. I will never forget wgat we shared last week over the phone. I was able to contact him after multiple tries. He answered and said, ‘Pablo.’ I responded, ‘Yes, Drew how are you and what’s up? Can I come see you?’ He said, ‘Not good, I’m at Hoag and I’m having troubles again.’ I replied, ‘I Love You. I will talk to you later.’

Drew, I’m so grateful to have shared this life on Earth with you. You were an asset to our community and our company… Until we meet again, REST IN PEACE and forever Laguna Brothers. 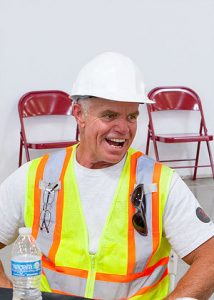